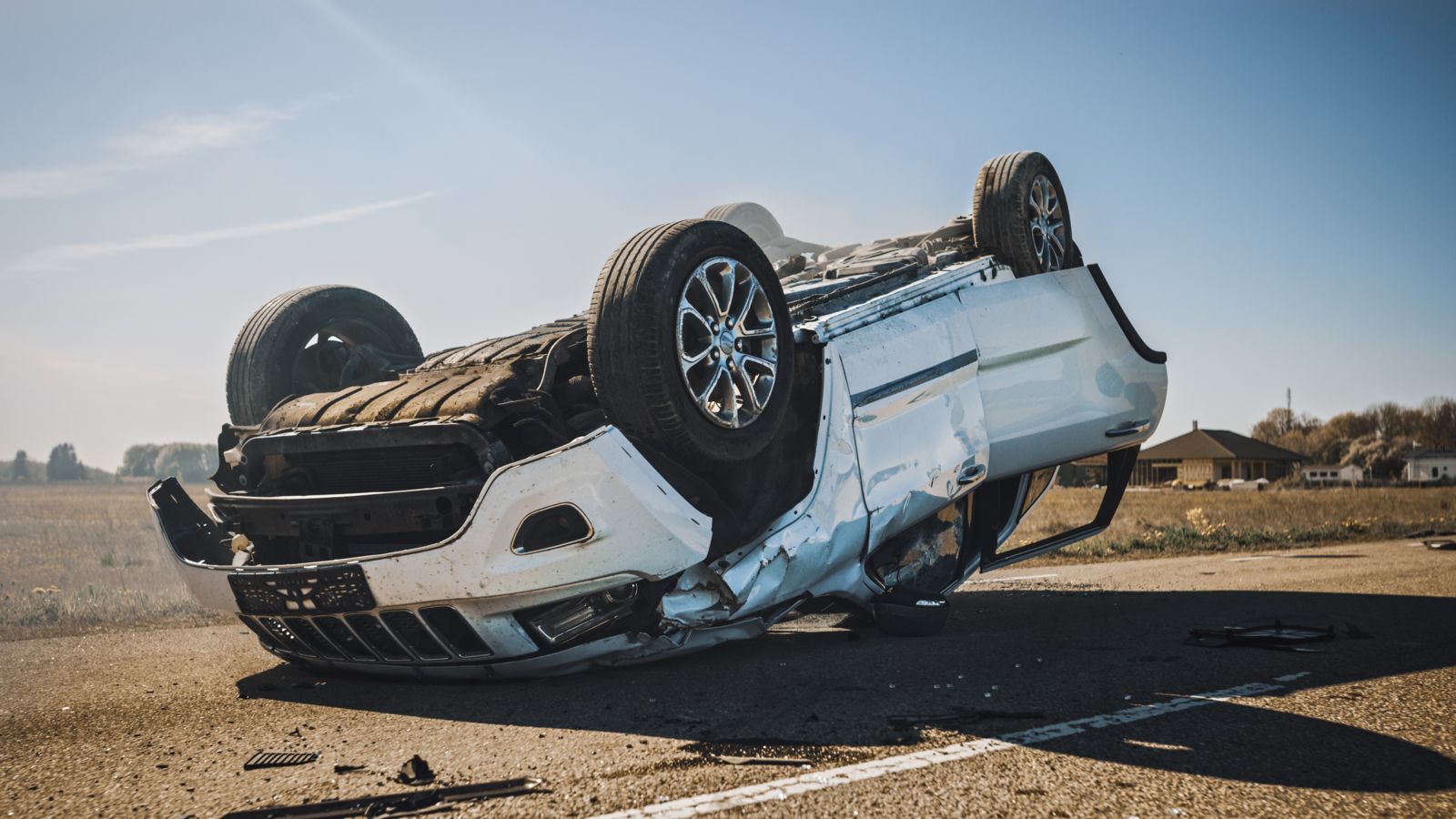 Amongst car accidents that can be classified as dangerous, rollover crashes (ROCs) are top of the list. While the rate of passenger vehicle accidents is only 3 percent, ROCs make up for almost 35 percent of all highway fatalities, according to the Insurance Institute for Highway Safety (IIHS).

A total of 280,000 or more car rollover accidents are reported every year. According to the National Highway Traffic Safety Administration (NHTSA), these accidents result in the deaths of more than 10,000 people per year. Up to 69 percent of these victims were without safety belts.

Rollover accidents are often severe, causing multiple injuries and, sometimes, death to drivers and passengers in the affected vehicles. Since wrecks like these can result in such severe injuries and also property damages, victims of this tragedy need to seek legal counsel and get the compensation they deserve.

The Common Causes of Rollover Accidents

A rollover accident happens when a vehicle tips/loses its balance and flips over onto its roof or side. There are a variety of reasons a vehicle rollover can occur. Some of which can be due to:

Factors That Contribute to Rollover Accidents

So many factors contribute to rollover accidents and they include:

Some of the car rollover accidents people experience are caused by the vehicle's equipment failure or their design flaws. This negligence can be traced to either its owner, a mechanic, or the manufacturer. For a vehicle's design flaws, manufacturer may be held accountable for it.

Every type of vehicle can roll over, but some vehicles are more prone to rollover than others. Taller, narrower vehicles such as SUVs, pickups, and vans have higher centers of gravity. This makes them more likely to lose balance and flip over when involved in a single-vehicle crash.

The National Highway Traffic Safety Administration (NHTSA) says that almost 75% of fatal rollovers are experienced in rural areas, on roads where its speed limit is 55 miles per hour or more.

There are some cases whereby the actions of the driver can be a direct cause of the rollover. Unfamiliarity with the road, unattentiveness, and lack of driving experience can contribute to roll over accidents.

#5 Excessive Speeding of the Vehicle

Most fatal rollover crashes are speed-related more often than non-rollover crashes. Approximately 40% of these fatal crashes involve excessive speeding. A rollover is more likely to occur when a vehicle is traveling at a high speed or when a driver changes the vehicle speed almost immediately.

In addition to that, nearly 75% of these fatal rollover accidents take place where a vehicle's speed limit is 55 miles per hour or more.

The National Traffic Highway Safety Administration data shows that over 90% of the vehicles in fatal, single-vehicle rollover crashes are involved in routine driving maneuvers at the time of the crash. This data shows that the behavior of the driver, including distractions, speeding, and impaired driving plays a significant role in rollover crashes.

Most of the fatal four-wheel drive rollovers are single-vehicle accidents that happen on weekend nights. The drivers of these accidents are mostly males who are under 25 and usually under the influence of alcohol. Three out of four fatal rollovers show the ejected victims from the vehicles, not putting on their seatbelts.

Poor road conditions that are unsafe such as bad weather (strong wind, icy road), ongoing constructions, potholes, cracks in the road, or any other poor road condition can lead to vehicle rollover accidents. Some of these cases can be caused due to poor road maintenance, whereby the government entities may be held accountable. Victims who will likely file an accident claim against the government entities will have to review the case with an experienced car rollover accident attorney who is familiar with the specific rules and time limits involving government entities.

According to the Insurance Institute for Highway Safety (IIHS), roof crush happens to be a main contributing factor in deaths and injuries associated with rollover accidents. There is a requirement from the U.S. government to all vehicles, that a roof should sustain no more than 5 inches of crush while supporting 1.5 times the vehicle's weight.

If it is more than 5 inches, then it will indicate negligence on the part of the manufacturer. Other examples include:

Vehicles Most Likely to Rollover

Any car can roll over. However, certain types of vehicles are more likely to be involved in rollover crashes than others because of their high center of gravity. Vehicles of this nature include pickup trucks and SUVs. According to SafeCar.gov, the proportion of fatalities in rollover crashes was highest for SUVs at 57%, followed by 47% for pickup trucks, 30% for vans, and then 23% for passenger cars.

It is very likely for vehicle occupants to be ejected during a rollover crash and the catastrophic injuries from crashes like this, ranging from broken bones and fractures that can lead to amputation; head, neck, and chest injuries; spinal cord and brain injuries; internal injuries, etc.

According to IIHS, pickup truck and SUV accidents are more common than passenger car rollovers because they:

This car rollover accident, more than any other accident, reflects the interaction of the driver, road, vehicle, and environmental factors. While the vehicle type plays a significant role, other factors too play a major role in these types of car accidents.

What to Do in a Rollover Accident

Rollover crashes can be a terrifying experience, but taking the right steps during and after the crash can help minimize the extent of the damage. If you begin to feel awkward like your vehicle is starting to roll, try taking your hands off the steering wheel and crossing your arms over your chest. To reduce the risk of having a broken ankle, you should take your feet off the pedals.

Once your vehicle was come to a halt, try your best to stay calm and check if everyone else in the vehicle has injuries. If there are injuries, you should call 911 immediately. After this is done, you try to exit the vehicle but if it is upside down, then you need to plan an exit strategy before you make a move. No matter the vehicle's landing position, turn off your engine before you attempt to exit.

You should help the others remaining in the vehicle to exit and be sure you all are off the road until help comes. Like every other accident, rollover accidents usually result in insurance claims and court cases. For this reason, you should document every detail of the accident as much as possible. Also, involve the police so that an official report of the accident will be made.

Take photos of the wreck with your phone and gather information from any other drivers or passengers that may also be involved in the crash. Also, keep all your documentation for your medical bills and other expenses. Contact a car accident attorney right away to avoid insurance companies manipulating or tampering with the evidence of the accident.

All rollover accidents have a cause. If you happen to be a victim of a crash like this, you may be entitled to compensation. This type of accident case is often complicated, and so it is very important to have an experienced legal representative on your side.