Use of DTI Evidence in Traumatic Brain Injury Cases 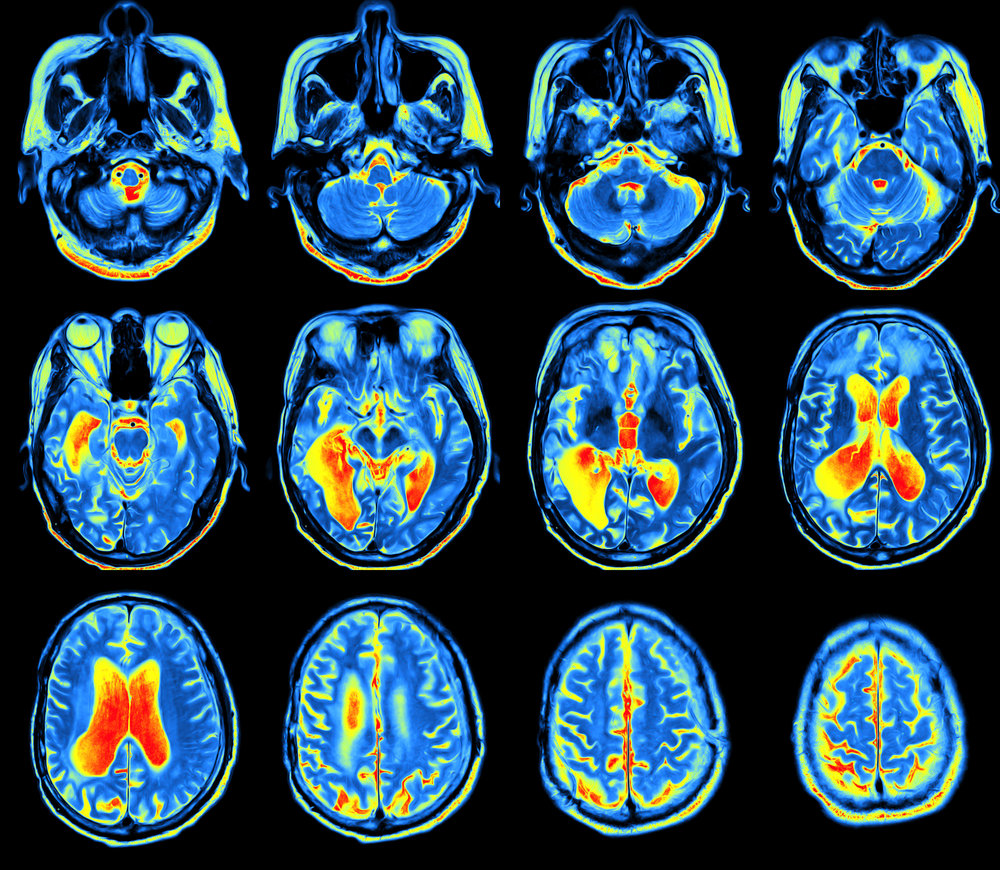 Technology and scientific discovery have always held a significant role in the evaluation of legal matters. With progress in scientific metrics and evaluative frameworks, courts have employed an ever expanding means of scientific analysis for purposes of seeking truth in cases. Frye v. United States, 293 F. 1013 (D.C. Cir. 1923) and Daubert v. Merrell Dow Pharmaceuticals, 509 U.S. 579 (1993) are the two most infamous cases for purposes of reviewing

In the early 1920s, James Alphonzo Frye was convicted of second degree murder. At the trial, Frye’s attorney sought to introduce scientific evidence before the jury of a test that had been administered on Frye prior to the trial. The test was referred to as a “systolic blood pressure deception test” which amounted to a practical lie detector test. The science of the examination relied heavily upon a blood pressure metric for its primary variable. Defense counsel elicited testimony that the examinee’s blood pressure would fluctuate in accordance with changes in emotion, as “systolic blood pressure rises are brought about by nervous impulses sent to the sympathetic branch of the autonomic nervous system.” Frye v. United States, 293 F. 1013, 1013 (D.C. Cir. 1923). The mechanics of the test were alleged to be relevant for purposes of scientific evidence in the Frye case because scientific data collected from experiments using the test had shown that there was a regular correlation between an attempt to deceive or conceal, and a rise in blood pressure.

At trial, defense counsel called the scientist that administered the test on Frye to the witness stand. The state objected to the scientist’s testimony. The court sustained the objection. After sustaining the objection, defense counsel then sought to introduce the evidence to the jury by way of having the test performed by the scientist, in court, in front of the jury. The court again sustained the state’s objection to this. The trial proceeded without evidence of the test and ultimately the jury found Frye guilty.

Frye appealed the judgement on the primary contention that results from the test should have been admitted into evidence. Frye cited to many cases in asserting that with proper foundation, scientific evidence such as that of the test was to be admitted into evidence when the issue involved would not ordinarily be found in common knowledge or understanding. The Frye court acknowledged the difficulty in identifying the moment in which a scientific principle or method crosses the line between “experimental and demonstrable.”

Ultimately, the appellete court affirmed the trial court’s ruling. In the ruling, the court stated a broad standard that would become a vital requisite for subsequent courts evaluating the admission of scientific evidence:

In applying the aforementioned standard to the systolic blood pressure deception test evidence that defense counsel sought to admit into evidence, the court found that the evidence had “…not yet gained such standing and scientific recognition among physiological and psychological authorities as would justify the courts in admitting expert testimony deduced from the discovery, development, and experiments thus far made.” Frye v. United States, 293 F. 1013, 1014 (D.C. Cir. 1923). For decades following the Frye case, the test derived from the court’s opinion would be referred to as the “general acceptance test” and would be implemented when a court was attempting to evaluate the admissibility of scientific evidence.

In the late 1980’s, two minor children and their parents filed suit against Merrell Dow Pharmaceuticals, alleging in part that the children had sustained serious birth defects as a result of their mothers prenatal ingestion of “Bendectin,” a drug that had been marketed by Merrell. At the trial court, the plaintiffs provided testimony from several medical experts who testified that Bendectin could have caused birth defects based on animal studies and chemical structure analysis. The trial court found that the evidence did not satisfy the Frye general acceptance test and awarded summary judgement to Merrell. The case was subsequently appealed and was eventually examined by the U.S. Supreme Court.

The Daubert court focused on Federal Rules of Evidence, Rule 702 clarifying that nothing noted in Rule 702 made mention of Frye’s general acceptance test asa requisite for admissibility.

In addition to the commentary on the Frye standard, the Daubert court did provide a host of factors that the court would include in evaluating the evidence being offered:

The court provides a framework for how these factors should be implemented in evaluation of the evidence:

“The inquiry is a flexible one, and its focus must be solely on principles and methodology, not on the conclusions that they generate.”

Id. A clear take away from the Daubert case is that the Daubert approach is much more flexible and not a bright line rule. The court notes that cross examination, contrary evidence, and careful instruction on the burden of proof is the proper means of challenging the offered scientific evidence rather than its wholesale exclusion.

Modern science has made significant progress over the past decade in the field of nueroimaging and its use in the diagnosing and treatment of traumatic brain injuries. The American Association of Nuerosurgeons states that there are over 230,000 hospitalizations every year due to TBI, and this number is twenty times that of spinal cord injuries. THE AAN further states that of these 230,000, somewhere between 50-70 percent are the result of a car wreck.

Many of the most prevalent issues with litigation involving TBI stem from the evidentiary basis by which these cases are asserted. Inside the skull, the brain is encased in a fluid called cerebrospinal fluid. Despite the presence of the fluid to act as a form of barrier, often the force of impact in a car wreck will cause the brain to collide with the structural wall of the skull. This will often result in what is called a “focal injury,” where the damage is found at the location of the impact on the brain. With significant focal injuries, the damage may be readily discernible with a CT Scan.

The issue that often accompanies a TBI claim is that the evidence of the injury sustained will not always appear on a CT scan, which will lead to the injury not being diagnosed or treated for some time after the wreck, if ever at all. These less discernible brain injuries are often referred to as “diffuse injuries,” and arise from microscopic changes throughout the brain after an impact. Often the impact may damage connections between axons, which may manifest itself as a loss in fine motor skills as well as more subtle behavioral and cognitive disabilities. 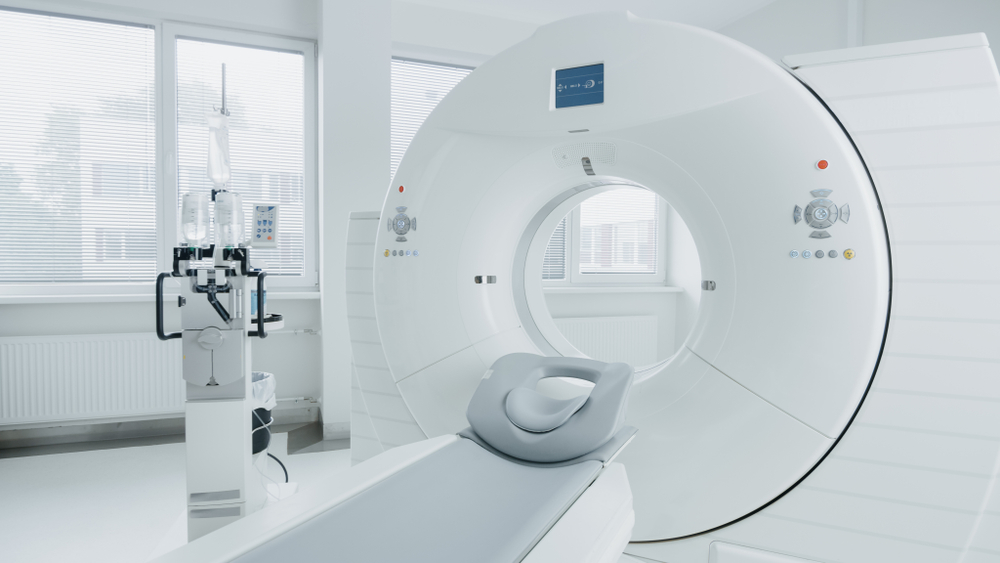 The manner by which a trauma patient is evaluated upon delivery to the emergency room is relatively systematic. First the patient’s pulmonary and cardiac systems are examined, and this is followed by a complete evaluation of the body for any damage sustained. Next the Glasgow Coma Scale (GCS) is utilized to complete a neurological examination. A Computed Tomography Scan, or “CT Scan,” has been referred to as the “gold standard” for purposes of evaluating trauma patients in an ER presenting potential head trauma. The CT scan will provide more extensive data in regard to the head injury than an X-Ray, and is much quicker than an MRI.

CT scans often do not detect the presence of a diffuse injury, and this has caused issues for purposes of litigation arising from the TBI. Often times a plaintiff will be treated at a hospital immediately after the TBI incident, yet the CT scan yields no data indicating that a TBI has been sustained. Alternative imaging technologies such as Diffusion Tensor Imaging provide an opportunity to detect data that a CT scan may have missed.

DTI is a modified form of magnetic resonance imaging (MRI). The National Institute for Biomedical Imaging and Bioengioneering provides a great summary of MRI tech:

“MRI is a non-invasive imaging technology that produces three dimensional detailed anatomical images…It is based on sophisticated technology that excites and detects the change in the direction of the rotational axis of protons found in the water that makes up living tissues. MRIs employ powerful magnets which produce a strong magnetic field that forces protons in the body to align with that field. When a radiofrequency current is then pulsed through the patient, the protons are stimulated, and spin out of equilibrium, straining against the pull of the magnetic field. When the radiofrequency field is turned off, the MRI sensors are able to detect the energy released as the protons realign with the magnetic field.”

A DTI is a slight modification on MRI technology and utilizes the monitoring of “diffusion” to discern potential areas of brain damage. Diffusion involves the constant motion of water molecules in the brain. Medical imaging examiners will search for areas of reduced diffusion, as this variance may indicate that the area has sustained damage. In certain parts of the brain, the direction and speed with which the water molecules diffuse may be monitored in DTI to search for potential points of damage.

DTI Evaluated With Daubert and Frye

In the past decade, TDI technology evidence has successfully been admitted to evidence under both Frye and Daubert standards. In Marsh v. Celebrity Cruises, the plaintiff was alleged to have sustained a mild TBI after falling on the defendant’s cruise ship. A DTI was performed on the plaintiff and afterwards, a board certified nueroradiologist was retained as an expert witness by the plaintiff. The defendant sought to exclude the evidence regarding the DTI with an argument that it did not pass the Daubert standard, that it constituted “junk science,” and amounted to nothing more than unsubstantiated speculation. The court found that the DTI technology had been subjected to sufficient peer review and publication, and that it was generally an accepted method for detecting TBI.

In Peach v. RLI Insurance Company, No. 17-2-16348-1 SEA the Superior Court of Washington for King County examined whether DTI evidence would be admissible over a Frye objection. The Defendant in Peach sought to attack the credibility of the DTI evidence as it related to general acceptance of the technology in the field. In overruling the objection, the Peach court found that the technology had received general acceptance in the field.

While there certainly are examples of the technology being excluded from evidence, it is clear that there is a trend towards this technology becoming perceived as a reliable means of detecting potential brain damage. Throughout history, courts have become increasingly accepting of a new form of technology for evidentiary purposes once that technology reaches a threshold of reliability. As DTI technology continues to improve and become more reliable, attorneys representing clients with a TBI will be able to rely upon the results yielded from the DTI test.