Ever since personal motor vehicles became the prominent form of transportation in the United States, there have been reoccurring reports of car-bike accidents. This is due in part to the close proximity of bikes and cars. Both bike riders and car drivers occupy the same spaces and often the same traffic ways. As municipalities attempt to promote biking through the advent of dedicated bike lanes and other traffic ways on common coordinates, bike accidents will increase. 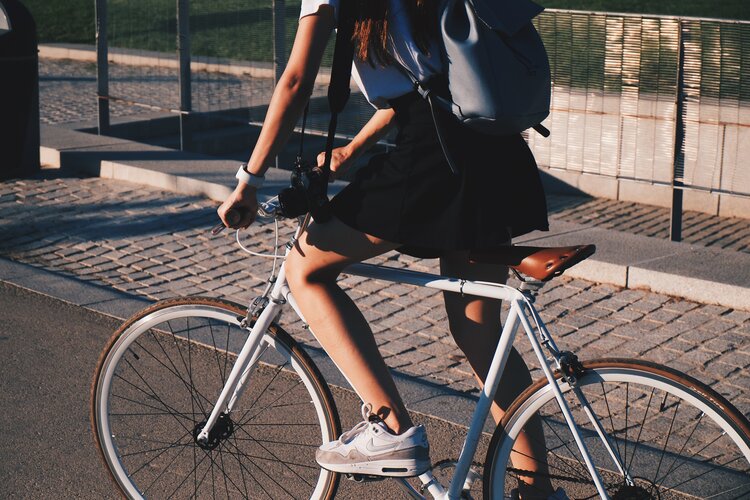 New laws and regulations are passed each year that are intended to further extend protections to bike riders. However even with these additional protective measures, bike riders remain particularly vulnerable to injury when riding a bike near a car traffic way.

Things such as texting and driving, drunk driving, and otherwise impaired driving pose a substantial risk to bike riders. Despite the implementation of clearly marked bicycle lanes and routes on public roads, there is no way to be certain that car drivers will remain aware of the bike riders that they may be sharing the road with.

Bike riders are particularly vulnerable to injury when riding their bike on a roadway that is shared with car drivers. This is because of the lack of protection that they have. With the average car weighing over 3,000 lbs, it is no surprise that bike accident injuries can be among the most devastating and debilitating. The nature of the injury risk to bike riders in similar to that of pedestrians due to the lack of protection.

What Is The Law On Bike Accidents?

The case law is fairly well developed as it relates to the evaluative framework for a bike-car accident. Often the key determination of these cases will turn on who had the “right of way” at the time of the accident. Witnesses to the accident can also provide some pivotal evidence if they were bystanders with a proper vantage of the moment of impact.

In more complex cases that may involve catastrophic injuries, an “accident deconstructionist” may be asked to conduct independent research of the evidence of the incident and make a determination as to the factors that led to the collision.

Court's have made very clear that motorists due in fact owe a duty of care to bicyclysts on the roadway. This is very important for purposes of negligence claims for damages where it must be shown that a breach of a duty led to an injury. In Benson v. Kan. City, 366 S.W.3d 120, 122 (Mo. Ct. App. 2012) the Missouri Court of Appeals evaluated a claim for negligence arising from a bike accident involving a police car. In Benson, the Plaintiff was struck by a police car while riding a bike. In detailing the Plaintiff's petition, the court reflected on the Plaintiff's theory of liability:

"The petition alleged that Benson sustained injuries as a result of Officer Evans's failure to activate his vehicle's flashing lights, sirens, or both and as a result of his failure to keep a careful lookout for other vehicles before entering the intersection. Those failures, the petition alleged, constituted negligence for which the Board and the City were vicariously liable under the doctrine of respondeat superior because, at the time of the accident, Officer Evans was an employee of the Board and the City and acting within the course and scope of his employment."

The Court in Benson did in fact hold that the plaintiff had properly pled a cause of action for their injuries as a result of the collision.

What Can Be Used As Evidence In A Bike Injury Case?

The evidence that may be used in a bike accident case can often mirror that of other injury cases, such as car accidents or premises liability cases. However, with bike accidents, there may be more emphasis or focus placed upon the physical evidence taken from the scene of the incident. There can also be evidence derived from the circumstantial evidence surrounding the driver's conduct such as evidence of texting and driving.

When the injured bike rider brings forth their claim for their injury, they will be asked to make a recital of how the incident occurred. It will be important for the bike rider to show that their account of how the incident transpired matches up with the evidence. For example if the injured a bike rider claims that they flew over their handlebars and the hood of the at fault driver vehicle, it will be very helpful to have evidence of the impact on the front wheel of the bicycle. Evidence of the impact may be shown through testimony of the injured bike rider, photographs of the damaged wheel, or a presentation of the damaged wheel itself if possible.

If you have been injured in a bike accident it is crucial to reach out to a legal professional that has a comprehensive understanding of the legal implications of this kind of car accident. The attorneys at Fletcher Law Office, LLC are standing by to speak with you about your case and the steps that need to be taken to move forward. Contact us today by calling 816-631-2868.

Dec
02
What To Do If You Are In a Bicycle Accident
Contact Fletcher Law Office if you suffered injuries in a bicycle accident due to a negligent car driver. We can help you receive the compensation you deserve.
Read More +