Helping Injured Pedestrians Recover From Accidents in Missouri and Kansas

Risk of Injury As A Pedestrian

Pedestrian Accidents can be caused for a wide array of reasons. Often these accidents occur due to a share in liability and fault. While individuals are walking they may be distracted by a wide array of stimuli and input, which may make them especially likely to not notice a hazardous condition nearby.

Where do Pedestrian Accidents Occur? 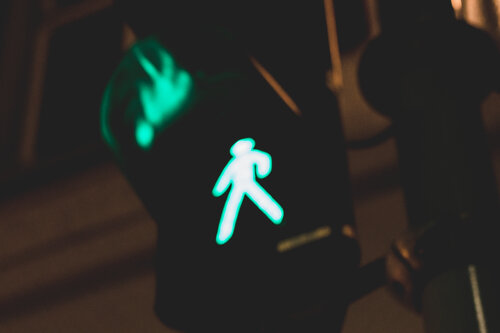 These incidents can occur in many different places and contexts, but frequently pedestrian accidents occur in areas where this a high volume of vehicle traffic. Places such as parking lots, shopping malls, intersections, bridges and airports inherently place people near vehicles. When the path of a person who is walking crosses the path of a vehicle going in an opposite direction, such interaction can be naturally dangerous and lead to instances of accidents and injury.

Considering how vulnerable a pedestrian is while walking near moving vehicles, they face substantial risk of injury if an accident does occur. The average weight of a vehicle is over 3,000 lbs and when that weight is calculated with the speed a vehicle may be traveling when an accident happens, the force of impact can be very severe.

This risk of injury is increased even more dramatically in instances of texting and driving, drunk driving, or impaired driving, where the driver of the vehicle might not have the opportunity or ability to slow their speed prior to impact.

Considering the severity of the force of impact in pedestrian accidents, the injuries that result may be catastrophic. Once an impact does occur, often the injured pedestrian will be thrown across the pavement through the air, crashing onto the hard ground. This creates the risk of two separate risks of injury: once at the moment of impact with the vehicle, and the other when the pedestrian makes contact with the ground and comes to a rest. Common injuries associated with pedestrian accidents may include:

Who is at fault in a Pedestrian Accident?

Pedestrian accidents give rise to a common theoretical concept in tort law known as shared fault. For example, when a car is crossing through an intersection and runs into a person walking through the side walk, an evaluation of comparative fault may be employed to determine what party is at fault and to what extent. Much of this determination will focus on an evaluation of the evidence available.

While a driver of a vehicle carries a significant duty to actively monitor the road ahead of them for objects and persons, a pedestrian also carries a duty to walk with care and be aware of their surroundings. If a pedestrian darts through a sidewalk infant of oncoming traffic, disobeying traffic signals, then the law may apportion the majority of the fault for the incident upon the pedestrian.

Pedestrian accidents are amongst the most disputed accidents and will ordinarily include a consideration for whether shared fault was present in the incident leading to injury.

What is The Law on Pedestrian Accidents?

In Missouri, the law on pedestrian accidents incorporates numerous standards of safety to be implemented in determining whether one person or party is liable for an injury. One of those concepts is the

"In Foster v. Farmers Ins. Co., Inc., 775 S.W.2d 143 (Mo. banc 1989), our supreme court recognized several principles in "lookout" cases. Among those was that a driver has "a duty to take effective precautionary action `when a person, in the exercise of the highest degree of care, would have reason to anticipate danger.'" Id. at 144, quoting Thomas v. Wade, 361 S.W.2d 671, 674 (Mo. banc 1962). "The driver's obligation to maintain a lookout extends to [pedestrians] regardless of whether they  are standing upon the shoulder, or upon the traveled part of the roadway." Foster, 775 S.W.2d at 144 (citations omitted)."

The Broome Court then adds further detail on the practical application of such standard:

"Foster also recognized the requirements for submission of the lookout theory of negligence. First, there must be "substantial evidence from which a jury could find that the driver, in keeping a careful lookout, could have seen the plaintiff in time to have taken effective precautionary action." Id. Second, there "must also be evidence that the driver had the means to avoid the collision and failed to use them." Id.

Finally, the Missouri Court of Appeals in Missouri applied this standard to the facts in Broome:

"Here, the evidence discloses that plaintiff was standing on the sidewalk. The most favorable testimony concerning her leaving the sidewalk and walking into the street was given by the bus driver. The bus driver "saw her immediately after [he] crossed the light, just about the time [he] crossed the intersection then [he] saw her step off." In deposition responses offered into evidence, he said that she took about two to three steps away from the curb.

What is clear from the Broome case, as well as other litigation arising from pedestrian accidents, is that the courts will often go to great lengths to incorporate a wide spectrum of facts in evaluating the potential liability of a defendant for negligence. Facts such as where the pedestrian was in relation to the vehicle at the time of impact, where the driver was when they first saw the pedestrian, and what traffic control equipment was present at the time of an impact may all be considered in deciding these cases.

After you have been injured in a Pedestrian Accident, it is important that you be proactive about your approach to the legal case that may follow. The legal team at Fletcher Law has the experience and skill needed to handle Pedestrian Accidents. Call us today at 816-631-2868 so that we can begin evaluating your case and provide our input on how to proceed.

Oct
20
Your Legal Rights After a Pedestrian Accident
Visit with an attorney at Fletcher Law Office to learn more about your legal rights following your pedestrian accident.
Read More +