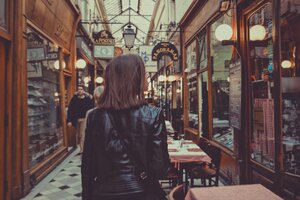 Businesses profit from the presence of potential consumers or clients on their premises. When retail companies have customers coming through the door and spending time on their property, that along with other factors will usually indicate that the business is in a healthy state of growth. Businesses and business owners want to attract more traffic at their stores and property to ensure that sales are being developed and store or brand awareness is achieved.

These efforts taken by a business to bring more customers to their property must be accompanied by efforts to ensure that their time on the property is not met with unreasonable danger. It is incumbent on business owners to ensure that their property is free of dangerous conditions that could cause an injury to unsuspecting customers. The acts taken to address these dangers must be handled with a certain degree of care.

Premises liability is an area of personal injury law that refers to accidents causing injury that are attributed to unsafe or otherwise defective property conditions. In both Kansas and Missouri, victims of premises liability accidents can seek compensation for their medical expenses, lost wages, and pain and suffering. However, hiring a personal injury attorney experienced in premises liability cases is necessary because insurance companies will fight tooth and nail to minimize the expenses associated with a claim.

Premises liability cases can involve commercial or residential property. They encompass many different types of accidents, but may include:

In a premises liability case, the injured person is often classified as an invitee, licensee, or trespasser.

Typically, invitees and licensees are owed the highest duty of care. Trespassers have fewer protections under the law unless they are children. For example, both Kansas and Missouri consider swimming pools an “attractive nuisance” that must be secured to prevent children from becoming injured—even when the children have not been invited onto the property.

How Comparative Negligence Affects a Claim

In a premises liability case, the defendant will often try to argue that your own negligence contributed to your injuries. They might allege that you were careless, inattentive, or deliberately put yourself in harm’s way. If you are found to be partially at fault for the accident that caused your injuries, your settlement will be proportionately reduced to reflect your liability.

Assumption of risk is another common defense used in premises liability claims. This means the injured person knew of the dangerous condition and voluntarily decided to accept the possible risk of injury.

Steps You Can Take to Protect Your Rights

After you’ve been injured, there are some critical steps you can take to protect your legal right to compensation.

There are factors inherent in premises liability cases that certainly make them different from other forms of personal injury claims, such as car accidents. Much of this has to do with the evidence that may be used to seek damages and prove a case.

As surveillance and camera technology continues to develop, it also becomes increasingly affordable for business owners to equip their premises with cameras. These security camera are often positioned to record the movement and actions of customers who may visit the store. When someone is injured on a premises that has a security camera present, there is a chance that the camera recorded the actual event that caused the injury.

It is important for purposes of a personal injury premises liability claim that the footage be requested soon after the injury occurred. Often times these cameras do not actually record the footage for long periods, and will instead delete the recording after a set period of time. This footage would obviously be incredibly relevant and helpful for evaluating a premises liability claim, and therefore an injured plaintiff should request a copy of the footage soon after the incident was caught on the security camera. Having the footage of the incident would defend against disputes in the plaintiff’s theory of liability.

Evidence From Scene of Incident

Many premises liability claims arise from a customer coming into contact with a dangerous or hazardous object or material on the premises. For example, a worker may drop a sharp object on the floor that is positioned in a dangerous manner and poses a risk to customers that do not notice it. If a customer then comes into contact with that object and is cut or otherwise hurt, the sharp object itself is an important piece of evidence.

This can apply to other materials such as fluids. If an injured plaintiff slips in a materials or liquid that is on the floor, residue from that fluid would likely still be present once they were off the floor. It may even be found on their clothing. Taking photos of the residue itself may also prove to be important evidence to take from the scene of a premises liability incident.

What law is Applied in Premises Liability Cases?

Just because a plaintiff was injured while on a premises will not automatically impose liability on the premises. There are many factors that are taken into consideration when making the determination of whether a business can be liable for an injured plaintiff's damages. For instance, the plaintiffs conduct will be closely examined to determine whether such conduct, action or inaction can be said to be "reasonable" or not.

In 1987, the Missouri Supreme Court examined this concept of ordinary care in Cox v. J.C. Penney Co., Inc. , 741 S.W.2d 28, 30 (Mo.banc 1987). In Cox, the court addressed ordinary care and whether such requirement could be considered as a requite in premises liability cases. It was also held that such a question of whether an invitee to a business premises did in fact exercise reasonable care would be a question for the fact finder in the case.

Notice has long been a key component for evaluation of premises liability cases. The concept of notice arises from the position of knowledge that the defendant, often the premises owner, was in at the time of the alleged injury. When a premises does have notice of a dangerous object or condition on their premises, their responsibility to address or remedy that danger is often heightened.

For instance, in Hutson v. BOT Investment Co. 3 S.W.3d 878, 885 (Mo. Ct. App. 1999), the Missouri Court of Appeals addressed the concept of Notice in premises liability cases and when such a business or establishment defendant would be considered as having notice:

"A defendant has reasonable notice of a dangerous condition if the defendant knew of, or by the exercise of reasonable care would have discovered, the condition and realized that it involved an unreasonable risk to people on the premises. Id . at 402[3]. Here, the evidence supports the inference that Plaintiff's fall was caused by debris of a nature that Wal-Mart knew was frequently discarded on its premises, i.e., a bottle. Consequently, the jury could have found that a careful inspection should have been made, and that if such an inspection was conducted in this case, it was deficient. Id . at 402."

Further examining the concept of notice, the Hutson court also addressed constructive notice, and how such notice occurs:

Don’t Try to Handle Your Case on Your Own

Trying to handle a premises liability case on your own is a huge mistake. Insurance companies are businesses designed to make a profit. They aren’t interested in helping you recover from your injuries and will do anything they can to limit the compensation you receive.

You need an experienced advocate who can negotiate on your behalf for a fair recovery so you can focus on healing from your injuries and moving on with your life. At Fletcher Law Office, we help injured Kansas and Missouri residents ensure their rights are protected throughout the process of resolving their premises liability claims. Contact us today to request a free, no-obligation initial consultation.